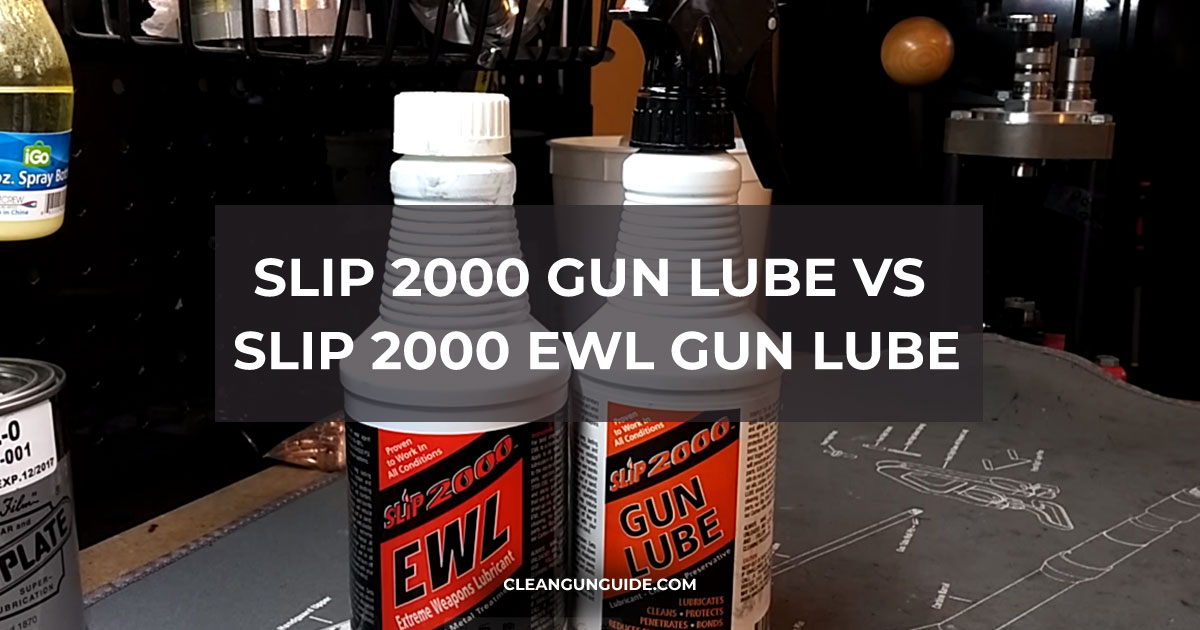 Every shooter has their favorite lube that they use and relies on. Most shooters prefer CLPs, that is, lubes that function as cleaners, lubricants, and preservatives. The reason for this is because they are more economical. They will save you the cost of buying a cleaner and preservative.

The Slip 2000 lubes are CLPs, and that fact alone is what makes them popular. Another reason why they are so well-liked is that they are not toxic and don’t contain any hazardous materials.

Both lubes are affordable. Most shooters find them less expensive than other high-end gun lubes. Lastly, they are easy to use and don’t require any special processes or a special way to use them like some gun lubes.

The one question that shooters who have never used Slip 2000 lubes ask is what is the difference between the Slip 2000 gun lube and the Slip 2000 EWL. In this article, we have briefly discussed each and their similarities and differences.

Slip 2000 Extreme Weapons Lubricant (EWL) is a synthetic lubricant that is free of petroleum distillates and mineral oil. It contains a powerful anti-wear agent that minimizes friction and prevents wear and tear by 95%.

The EWL lube is designed for large caliber guns like machine guns, chain guns, and high-power weapons like rocket pods and automatic grenade launchers, which are prone to heat and friction issues. It serves three purposes: it cleans, lubricates, and preserves.

The lube has a unique formula that does not dry out, separate, or become sticky. It does not leave any messy residue, and it does not attract dust, dirt, or powder residue.

Like the Slip 2000 EWL, this lube is synthetic and does not contain any petroleum distillates or mineral oil.

It functions as a lube, cleaner, and lubricant. It does not stick, separate, dry out or evaporate. The lube is designed for handguns, rifles, and shotguns.

Whether you use the Slip 2000 gun lube or the EWL lube for cleaning, lubricating, and preserving your firearm, you will notice some positive changes. Some of these changes include:

Some shooters have reported that after using a Slip 2000 lube, their firearms shoot smoother and more consistently. There are also reports that the lubes work well in extreme conditions and help prevent freezing and jamming.

In short, both lubes work nicely, and you can also use them to clean and lube fishing equipment, musical instruments, and more.

The Slip 2000 EWL lube is ideal for lubing and preserving firearms. It lasts a lot longer than the Slip 2000 gun lube. On the flip side, the gun lube cleans better, according to some shooters.

In light of all these, deciding which one to buy depends on the type of firearm or firearms you have. Both work well for small and large caliber guns, but the EWL is mainly designed for automatic and rapid-fire guns.

They are both affordable, so if you have a collection of different firearms, you can afford to buy both and use one for cleaning and the other for lubing.