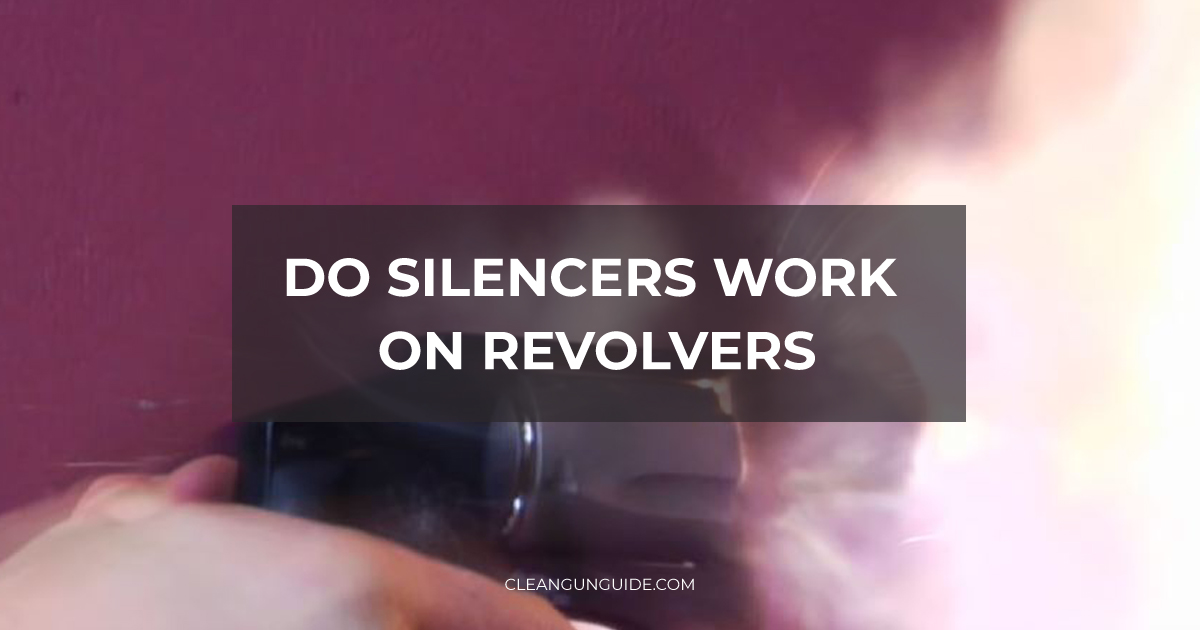 It’s worthwhile mentioning that silencers don’t work on all firearms, and this is due to the way some gun barrels are designed. Firearms like rifles and pistols are compatible with silencers, while revolvers are not. And it’s only recently that a silencer explicitly designed for shotguns hit the market.

A silencer or suppressor is designed to control hot burning gases and pressure that come from a discharged bullet, thereby suppressing the resulting noise. Besides that, they also reduce felt recoil and muzzle flash.

This device is designed to thread onto one end of a gun’s barrel. So when you shoot your firearm, the silencer controls the gases that result from the discharged bullet.

Advantages of using a silencer

With that in mind, let us look at why silencers don’t work with revolvers.

Why silencers don’t work on revolvers

Although some gun owners may not know this, you cannot put a silencer on a revolver. For one simple reason, revolvers have a cylinder-barrel gap, which is a space between the cylinder and the barrel.

This gap serves as a vent, so to speak, where hot burning gases escape through when you fire a revolver. Besides that, it also produces a lot of noise and flash.

However, this has not stopped some creative geniuses from finding a way to suppress a revolver. The M1895 is a Russian revolver created by Emile Nagant and is what is referred to as a silenced revolver. In other words, it does not mechanically function the same way or use the same kind of cartridges as standard revolvers.

The Nagant M1895 is a gas-seal revolver that uses recessed cartridges. And how it works is that when you pull the trigger, the cylinder moves forward to press against the barrel, and the chambered round forces itself into the barrel, thereby sealing the gases. This prevents the hot burning gases and noise from escaping. Furthermore, because of that, it also increases the velocity of the chambered round.

So when compared to standard revolvers, the M1895 is pretty quiet. Of course, other silenced revolvers have been created over the years. But it’s safe to say the only way gun makers were able to suppress a revolver is by adjusting the mechanism.

Silencers are great because they help muzzle the noise that comes from a discharged bullet and reduce recoil. Unfortunately, if you own a revolver, it is not possible to use a silencer with it because of the way it is designed.